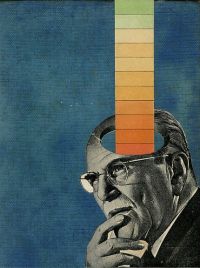 What’s your image of the ideal student? Many of us are likely to imagine a student who pays attention, listens quietly, completes all of his homework, scores well on exams, follows the rules, and so on. To be sure, these are some good intellectual behaviors. But notice that they are consistent with a complete absence of one very important intellectual virtue: intellectual autonomy.

Intellectual autonomy is a willingness and ability to think for oneself. A person with this virtue is not overly dependent on others when it comes to forming her beliefs. She is not a mere receptacle for information and ideas deposited by others. In other words, her thought life is not primarily passive. It is active. The intellectually autonomous person is capable of forming her own judgments, initiating reflection, and asking probing questions.

Why, then, is intellectual autonomy so important—particularly for young people, whose lack of knowledge and other intellectual limits are especially conspicuous? For one thing, many sources present themselves as “expert” or “authoritative” when in fact they are not. So we all need the ability to discriminate between reliable and unreliable sources of information. This requires intellectual autonomy.

Similarly, as philosopher Richard Paul explains, many social institutions today “depend heavily on passive acceptance of the status quo, whether intellectual, political, or economic.” The result, he adds, is that “large masses of people are unknowing conformists in thought and deed. They are like mirrors reflecting the belief systems and values of those who surround them. They lack the intellectual skills and incentive to think for themselves. They are intellectually conforming thinkers” (Critical Thinking, p. 33).

As with all of the virtues, nurturing intellectual autonomy in our children means possessing and modeling it ourselves. How intellectually autonomous are you? Paul suggests the following helpful exercise as a way of answering this question:

Briefly review some of the variety of influences to which you have been exposed in your life (influence of culture, company, family, religious, peer groups, media, personal relationships). See if you can discriminate between those dimensions of your thought and behavior in which you have done the least thinking for yourself and those in which you have done the most. What makes this activity difficult is that we often perceive ourselves as thinking for ourselves when we are actually conforming to others. What you should look for, therefore, are instances of your actively questioning beliefs, values, or practices to which others in your “group” were, or are, conforming. (33)

Are you willing to try this exercise? If so, what does it reveal?