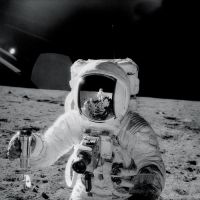 Intellectual carefulness is not the sexiest of virtues. And yet it is critically important. In fact, part of why it may be less alluring than, say, curiosity or intellectual tenacity is that the need for it is so familiar and pervasive.

Intellectual carefulness involves an awareness of and responsiveness to important intellectual rules or requirements – including, perhaps most importantly, the requirements of good thinking. The careful thinker is alert to potential mistakes and errors and takes pains to avoid them. She desires to know—to understand—and therefore is slow to judge and quick to probe deeper.

The far-reaching importance of intellectual carefulness is nicely described by author Phillip Dow in his forthcoming book Virtuous Minds:

“Of course, few of us consciously rush to judgments in situations of such gravity. Yet in the so-called little things we are often guilty of habitually hasty thinking. How often, for instance, do we uncritically accept casual office gossip or leap to hasty judgments about others based on innuendo or flimsy circumstantial evidence? If you are anything like me, the answer is far too often. Not only does this form of intellectual hastiness lead to reckless judgments against colleagues—creating a lens through which we then begin to unfairly interpret all other information we hear about them—but it inevitably influences our actions toward those people. Even if we never explicitly pass on our unsubstantiated impressions to others (which we almost always do), our intellectual hastiness has poisoned a relationship and probably affected the way that person is treated in our community.”

Aristotle famously said that every virtue has two corresponding vices: a vice of excess and a vice of deficiency. The deficiency of intellectual carefulness—intellectual carelessness—is familiar enough, as are its negative consequences. But it is also possible to be excessively intellectually careful. Interestingly, excessive carefulness is often rooted in a fear of failure. As Dow says:

“Just as in NASA’s aspirations to put a person on the moon, our pursuit of the truth in every area of our lives almost always includes the risk of failure. Sometimes the risks are large and call for extraordinary caution, but it is also possible to become so careful and fastidious about getting things perfect that we never risk and therefore never grow. The student whose fear of getting the answer wrong keeps her from answering a test question and the secretary so concerned about misspelling a word that he reads over every memo thirty times are examples of carefulness gone awry. William James said excessive intellectual carefulness ‘is like a general informing his soldiers that it is better to keep out of battle forever than to risk a single wound.’”

In this way, intellectual carefulness needs to be tempered by intellectual humility. An intellectually humble person is comfortable in his own skin. He can freely acknowledge his intellectual limitations. As a result, he is free to take risks, and therefore free to grow.

Being a careful thinker can also be a source of great comfort and security after the fact. Here again Dow offers an insightful example:

“A lack of confidence is another natural attribute of the habitually careless or hasty thinker. Consider the following example. Nigel and Jess are on their honeymoon and decide that they would like to try parachuting. From an early age Nigel has been taught to dot his “i’s” and cross his “t’s.” His love of truth was also enough to push him to take reasonable intellectual risks, but when he goes to pack his chute, Nigel’s habitual intellectual carefulness serves him well. He listens closely to the instructions and follows them faithfully. Then he goes back and double-checks his work. Nigel’s brilliant and carefree bride, on the other hand, has always gotten by on her natural smarts and charisma. So when it comes to packing her parachute, Jess wings it. On the ground both are equally relaxed, but standing on the edge of the plane’s door, ten thousand feet up, their experiences are worlds apart. Nigel is excited about the jump, knowing that his chute is sound and set to function perfectly; Jess is rightly paralyzed with fear.

The consequences of her carelessness are obviously potentially tragic for Jess, but for the sake of pleasantness let’s say that she gets lucky and her chute still functions properly. Even though they both made it to the ground safely, the thinking habits they had developed prior to the jump still had an important influence on their experience. Rooted in the confidence gained from his habit of careful thinking, Nigel’s experience was one of unabashed exhilaration while Jess’s intellectual carelessness rightly produced intense and paralyzing fear. Paying close attention to evidence and taking care that we don’t hastily pass over important information will not produce a higher rate of success in every area of our lives, but it will also necessarily create the peace of mind and confidence needed to tackle life’s opportunities and obstacles.”