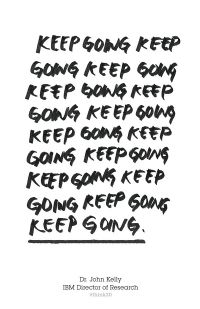 How do you respond to challenge? In my own case, this tends to depend on what’s at stake. I’m quite willing to embrace challenge and work extremely hard if I care enough about the goal at issue. On the other hand, if I don’t see the goal as especially important, I tend to shy away from challenge. In other words, I don’t in general think of challenge as a good thing or as an opportunity for growth.

This ambivalent attitude toward challenge illustrates some important points about trying to educate for growth in virtues like intellectual tenacity, perseverance, courage, and grit. These virtues have in common a willingness to embrace intellectual challenges or obstacles for the sake of some greater good. An intellectually tenacious person engages confronts and seeks to overcome these challenges instead of giving up or avoiding them.

First, the ambivalence described above shows that as educators we should take significant pains to help our students understand the value of what we’re asking them to learn or do. If they don’t see or appreciate this value, then they aren’t very likely to show tenacity or related virtues in their thinking or other work as students.

Second, it suggests the importance of subverting many of our default attitudes toward intellectual risk and struggle. As described in a previous post, teachers and the classroom cultures we create often inadvertently encourage students to avoid taking intellectual risks. Instead we tend to encourage smoothing over or quickly moving past—rather than remaining in and trying to learn from—experiences of intellectual struggle. This is unfortunate because it robs students of opportunities to broaden their horizons, expand their intellectual skill sets, and learn important lessons about themselves.