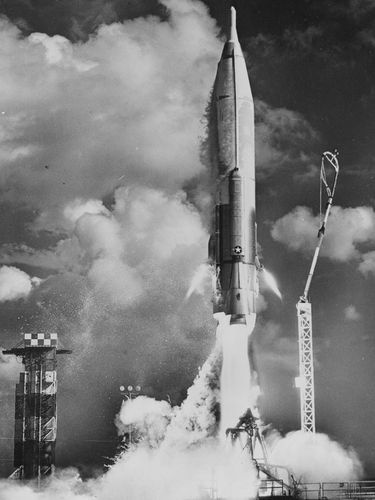 I was giddy passing the scores of rocket scientists and watching them work. I was proud of our students’ questions and, I won’t lie, their exemplary behavior.

But the sense of excitement that grew in me throughout the tour was related to hope. Why hope? I was compelled by this thought: Here we are among the top scientists in the world, and ANY ONE of our students could join their ranks, because every day at IVA, they are BECOMING LIKE rocket scientists!

Across all subjects, IVA students are becoming curious and learning to wonder and ask “why” about topics that may not initially interest them, just like rocket scientists. They are learning to own their intellectual limits and recognize that humility serves them as students as well as the common good in the student body’s quest for understanding. They are becoming self-directed thinkers (autonomy). They are learning how to stay focused and notice details (attentiveness), avoid intellectual pitfalls (carefulness), and go deep into their subjects (thoroughness). They have been encouraged to value others’ perspectives (open-mindedness), flex their courage muscles as they face challenging tasks, and invoke their tenacity when giving up feels tempting. Et voilà, we have people whose minds are shaped similarly to our exemplar rocket scientists.

As tour guides led us around JPL’s campus, they told stories of both successful and failed space projects, and it was easy to identify the nine master virtues at work in the scientists’ processes. In the literal background of these stories, the rocket scientists lingered on campus enjoying their coffee breaks and snacking on microwave popcorn and I thought: these folks don’t just have more knowledge and skills than the average scientists, it’s likely that their intellectual character has been developed in such a way that this body of knowledge and skills gets maximized.

And so we at IVA strive daily to nurture the small decisions that marry deep learning and intellectual character, so that one day our students are ready to be—in knowledge, skills, and character—the kinds of people who fit right in among a culture of great thinkers.