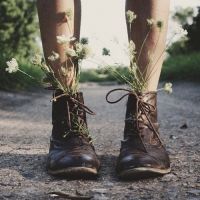 When “Project Runway” was new to TV, I was a fan. I found the challenges intriguing, I loved their shopping sprees through Mood in New York, and I was in constant admiration of the contestants' tenacity to bring their ideas from a sketches to wearable works of art. I also grew to love Tim Gunn’s parting words to “make it work!” I later told my husband that sometimes I feel like I need Tim to check in with me during my day, review my plan (be it for meals, writing, housekeeping, or volunteering), and then gently tell me to “make it work!”

That kind of coaching or nudge of encouragement is something I sense so many good teachers desire to give their students. The tension is with the lack of time to do it, and perhaps the lack of a common learning language in which to express it.

Last Friday, I was witness to 10 minutes that caused me to really see the gift of an intellectual virtues model for middle school education. Principal Bryant began by sharing a time during the week when Mr. McCurry displayed intellectual curiosity by asking a good question during one of their conversations. Rather than offering applause, or saying “good job,” she invited the students to say “good thinking” or “way to think!” In turn, the four teachers each shared a story of when a student had notably exercised an intellectual virtue and their peers offered a similar encouragement: “good thinking!” I LOVE that! It is not emphasizing accomplishments, but it celebrates growth.

As a new week begins, I have found I have a new wish – I no longer want Tim to show up and prod me on. Instead, I want to go back to middle school! What !?!? OK, that IS a bit extreme. But I do want my family to begin recognizing each other’s virtues and exclaiming “way to think!”