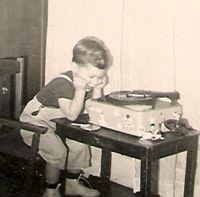 It’s easy to think of an attentive student as one who always follows the teacher’s admonition to “pay attention!” But this is a very limited way of thinking about attentiveness. Understood as an intellectual virtue, attentiveness involves much more. Most significantly, it involves attending to subtle but important details.

The attentive person noticesthings. She picks up on critical nuances of meaning. She registers the significance in what another person says. And she sees beyond mere appearances to the more important—or more beautiful, shocking, delightful, or sinister—details of the world around her.

The attentive person also tends to be inquisitive. She asks questions about the things she attends to. In this respect, attentiveness is an extension of curiosity. It is curiosity expressed in how we direct our attention, what we focus on, what we give our minds to.  The attentive person, like the curious person, has an engaged and inquiring mind.

This point is illustrated nicely in an article by Shari Tishman from Harvard’s Project Zero. She discusses an exercise in which students were asked to attend carefully to the details of a “darning egg” (an implement used in mending garments):

“As I listened to the discussion, I was struck by the quality of students’ thinking as they examined and discussed the darning egg. They made nuanced observations, posed generative questions, and developed explanations for the darning egg’s features, often drawing evidence from their observations and their own background knowledge. They considered the context of the society in which people used this tool and made connections to their own lives. It took only a little probing to uncover the complexity of the object, and that complexity provoked students to think.”

What keeps us, our children, or our students from being more attentive? The reality is that we live in a society in which “Stop and smell the roses”  is a well-worn cliché. What does this say about us? Roses are things of extraordinary beauty. Their colors, textures, and scents are exquisite. Yet we have to be reminded to stop and enjoy them! This is but one of countless indicators of the frenetic pace at which we live our lives—a pace that is hostile to the growth of attentiveness.

The rapid-fire media that saturate the lives of our children and students is another obstacle to attentiveness. Therefore, it’s up to us as parents and teachers to lead the way. This requires doing more than limiting their intake of television, movies, or video games. It requires taking deliberate steps to open their eyes to the world of meaningful and delightful details that lies just beyond their consciousness. It requires teaching them to look.